Coordination Council of the Heads of the Competent Authorities for Countering the Illicit Drug Trafficking of the CSTO Member States (CCBCD), tasked with coordinating the interaction of the competent authorities of the CSTO member states in the anti-drug field, was created in accordance with the decision of the Collective Security Council of the Collective Security Treaty Organization on June 23, 2005. Over the past 15 years since the founding of the CCBCD, together with the CSTO Secretariat, a number of international events have been effectively implemented.

Within the context of progress review, 21 (twenty-one) meetings of the Coordination Council were held. Since 2003, comprehensive anti-drug operations have been carried out under the code name “Channel”, with the aim of organizing counteraction to the drug threat.

Every year, the competent authorities of the CSTO member states, as well as over 20 representatives of the anti-drug departments of the countries of Europe and Asia as observers, depending on the objectives of a particular stage of the operation, take part in the operation. Law enforcement agencies of Afghanistan, Iran and China, financial intelligence units of the member states of the Eurasian Group on Combating Money Laundering and the Financing of Terrorism and representatives of international organizations from the UN Office on Drugs and Crime, Interpol, the OSCE, the SCO, the CIS and the CARICC regularly participated in it. 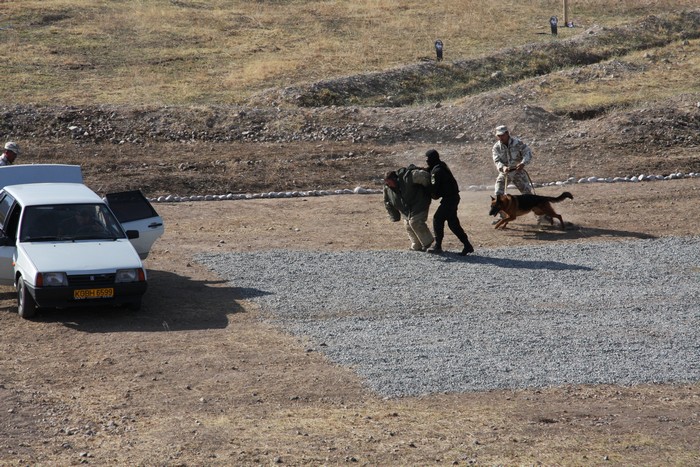 In 2008, by the September decision of the Collective Security Council of the CSTO member states, the status of the Regional Anti-Drug Operation of permanent action was given to the complex operational and preventive operation “Channel”. The achieved results of the operation were appreciated both in the CSTO member states and in the observer countries, as well as in the official materials of the UN Office on Drugs and Crime and the International Narcotics Control Board.

Special tactical trainings are conducted on an ongoing basis with special units of the anti-drug services and internal affairs bodies allocated to the CSTO CRRF under the code name “Thunder”.

The work of the special units of the composite groups allows us to work out practical interaction and elements of operational-combat coordination in mountainous areas, conducting search and ambush measures to block possible smuggling of consignments of drugs, weapons, ammunition and explosives, searching for possible smugglers' caches, setting up mixed posts at checkpoints vehicles, as well as the organization of communication and management of consolidated units in the course of a special operation.

The Working Group on the organization of anti-drug operations and other areas of activity is effectively functioning within the competence of the CCBCD of the CSTO member states, which has become the center for developing proposals for joint (coordinated) comprehensive events.

Interaction with drug treatment services of the CSTO member states has been brought to the whole new level. An analysis of processes related to the spread of drugs taking place on the territory of the Member States of the Organization is being conducted on a scientific basis.

With the active participation of the CCBCD member states, the Ministry of Internal Affairs of Russia, together with the CSTO Secretariat, as margin notes of the 63rd session of the UN Commission on Narcotic Drugs (March 2-6, 2020, Vienna), held an exhibition on anti-drug activities carried out by law enforcement agencies of the CSTO member states. Presentation of photo-video materials and analytical reviews took place.

The CCBCD activities are carried out on the basis of the provisions of the Anti-Drug Strategy of the CSTO member states for 2015-2020 and the national plans developed in its implementation, as well as the CSTO Collective Security Strategy for the period up to 2025.

Currently, work is underway to create a new Anti-Drug Strategy for the period until 2025. This document will take into account all the special aspects of modern challenges and threats emerged by narco-trafficking activities.

The Chairman of the Coordination Council of the Heads of the Competent Authorities for Countering the Illicit Drug Trafficking (CCBCD) of the CSTO member states is the State Secretary, Deputy Minister of Internal Affairs of the Russian Federation, Igor N. Zubov.